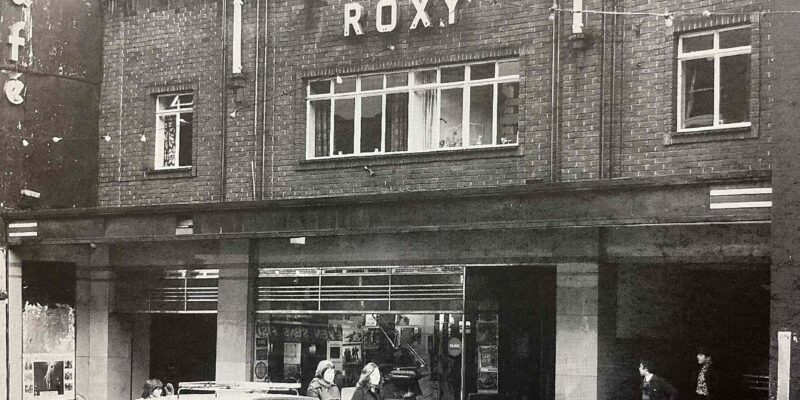 The Roxy lives long in the memories of Ross folk. We’ve recreated it in it’s original location on Broad Street. What do you remember?

Open in 1939, it occupied the site now taken by the Clarkes shoe shop, there was a cafe inside the cinema and initially one accessible from the street, which later became a music shop. The Roxy closed in 1982 and was demolished to make way for The Maltings shopping centre. The Roxy was Ross’s much loved cinema for most of those years. So many people have such fond memories of the place.

When built the Roxy was a state of the art cinema with an early form of hearing loop technology, efficient air conditioning and a glass beaded screen.

The show got underway in April 1939 with a special invitation only screening of “Girl of the Golden West.”

In the early 1970s, then the Cantilupe Road primary school was suddenly found to be unsafe it became a classroom.